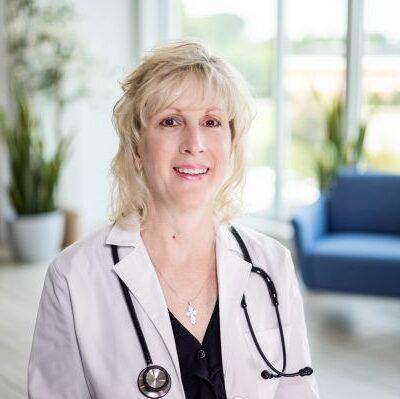 Born and raised in upstate New York, Dawn Evancho, PA-C attended the State University of New York where she earned her Bachelor’s degree in Biology. She then attended the Physician Assistant Program at Charles Drew University in downtown Los Angeles, CA. In 1991, after finishing PA school, Dawn married her high school sweetheart, Ron, and settled in Denver, Colorado, where she practiced pediatrics. The family then moved to Cary, North Carolina in 1997, where Dawn discovered her love for family medicine. Dawn and Ron have 2 daughters; their oldest is an OB/GYN resident (following mom’s footsteps) and their youngest daughter is studying Biomedical engineering (following in dad’s footsteps.) Dawn is most fortunate to have the best medical assistant in town-her sister in law Chrissy! She will also tell you that her favorite family member is their dog, Molly.

Dawn is especially interested in providing women’s and children’s care, but she loves all her patients, who range in ages from “diapers to depends.” In their spare time, Dawn and her family like to go to sporting events, amusement parks and the beach.

Office Hours
Get in touch